Political innovation in your inbox.
Subscribe to the Foundation's newsletter
Follow us on
HomepageEventsDemocracyGlobalValuesPresentation of the study Democracies Under Pressure in Bratislava and Vienna
BRATISLAVA & VIENNA
Past event

Presentation of the study Democracies Under Pressure in Bratislava and Vienna 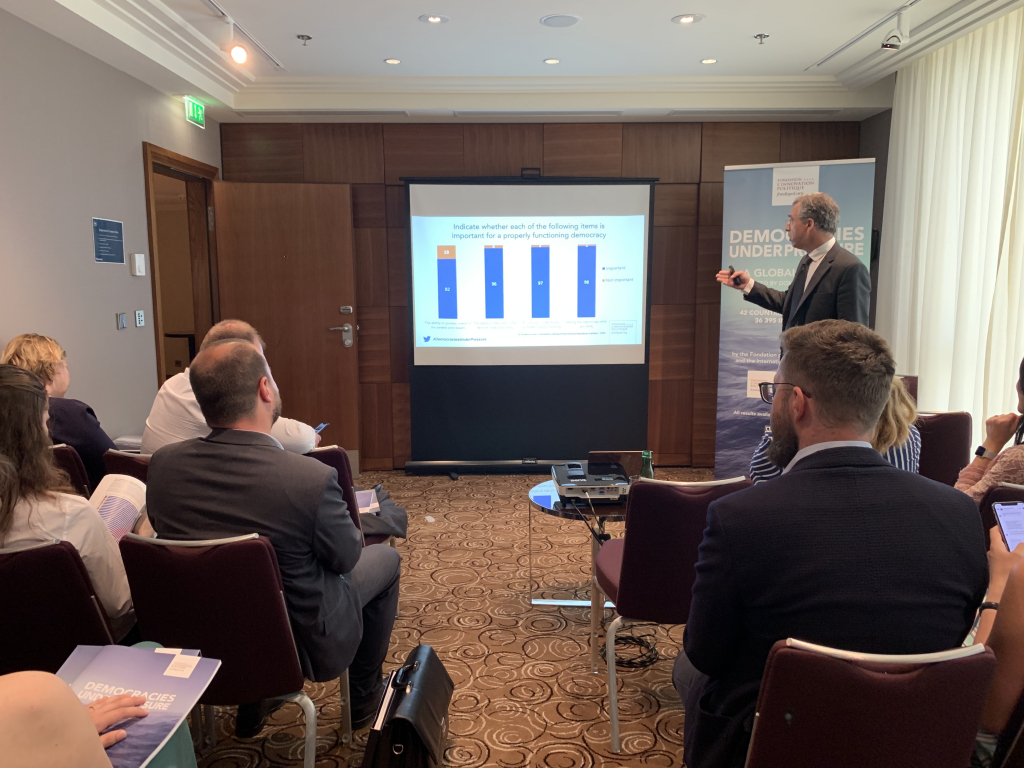 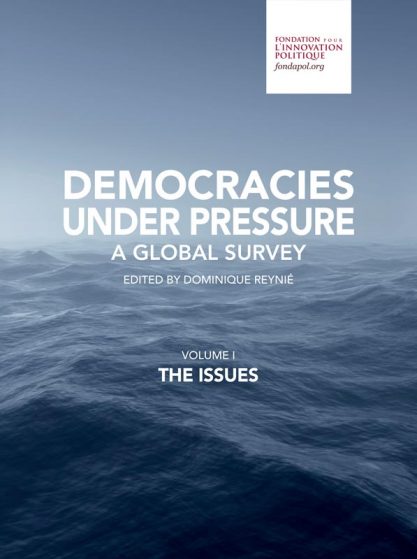 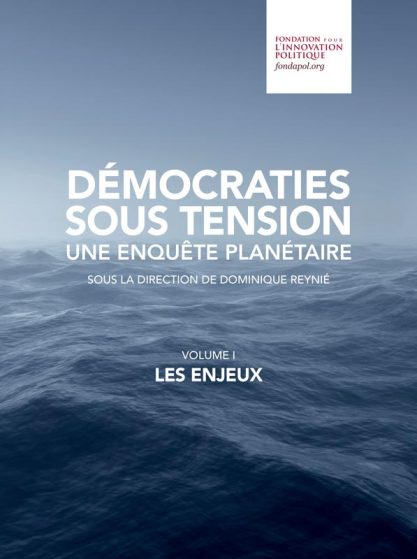 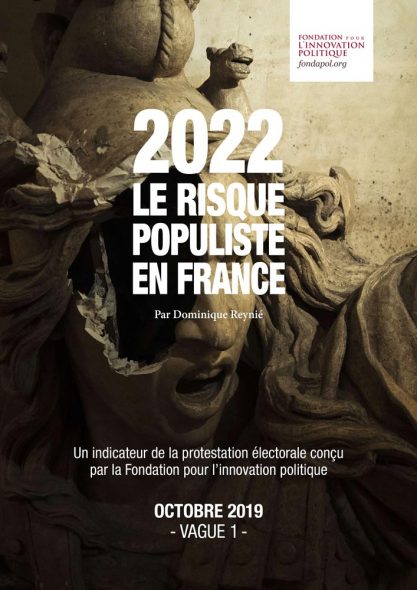 On the 13 and 14 June 2019, the Fondation pour l’innovation politique was in Slovakia and Austria to present the results of Democraties Under Pressure, a study conducted in 42 democracies, in partnership with the International Republican Institute (IRI).

Then, discussions during the Emerging Parties Summit, at the National Council of Slovakia, allowed for a deep review of the questions raised by the results of this survey.

The Fondation pour l’innovation politique in Bratislava, in video: 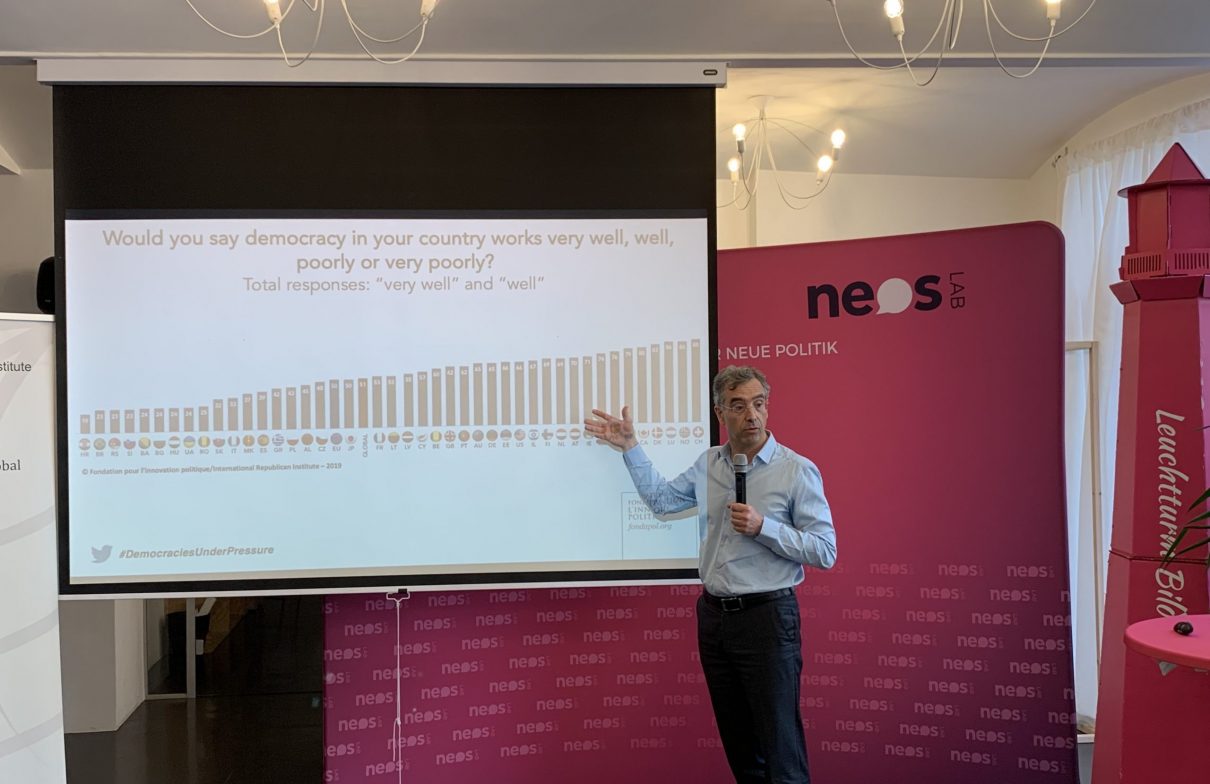 On 14 June, Dominique Reynié gave a presentation of Democracies Under Pressure at the Neos Lab headquarters in Vienna, as part of the Emerging Parties Summit and then at the Austrian headquarters of the Konrad Andenauer Stiftung.

Discussions and debates underlined the major challenges relating to the public’s trust in institutions, support of the model of representative democracy but also the decline in democratic values among younger generations.

The Fondation pour l’innovation politique in Vienna, in video:

The global survey Democraties Under Pressure is available in French, English and Brazilian Portuguese.

The 1st volume, devoted to themes and issues, shows that:

There is unanimous attachment to civil liberties • Democratic societies are tolerant • Support for representative democracy prevails, despite the discrediting of elected powers • Democracy remains the best possible system, but… • The legitimacy of universal suffrage has become contested • The democratic world is in favor of the death penalty • Though accepted by the majority, abortion prompts moral objections • Generational changes may lead to an erosion of democratic values • Islam incites concern • The welcoming of refugees is accepted in principle yet rejected in practice • The citizens surveyed are generally satisfied with their standard of living but feel that the way of life in their country is threatened • Law and order institutions (police, armed forces, etc.) are widely supported • There is a demand for authority • Democratic societies prefer more order even if it means less freedom • The Internet and social media offer citizens the possibility to inform themselves and express themselves more freely, while prompting fears of manipulation • Scientific and technological discoveries are seen as representative of progress • Big tech giants Google, Amazon, Apple and Microsoft are popular, but not so much Facebook… • Unlike Russia, China and the United States are seen as influential powers • Europeans are in favor of treating immigration at the European Union level • In the face of new threats, Europeans approve of the idea of a joint army • Attachment to the euro limits the rise of populism throughout Europe • In most of the 42 surveyed democracies, globalization is more of an opportunity than a threat…

The 2nd volume is dedicated to the forty-two countries of the survey, offering a fact sheet for each that summarizes the state of national public opinion:

We also present the reader with an “Index of Democratic Culture” that makes it possible to rank each country in relation to the others.

The data is available, in all 33 languages of the survey, as open data on data.fondapol.org 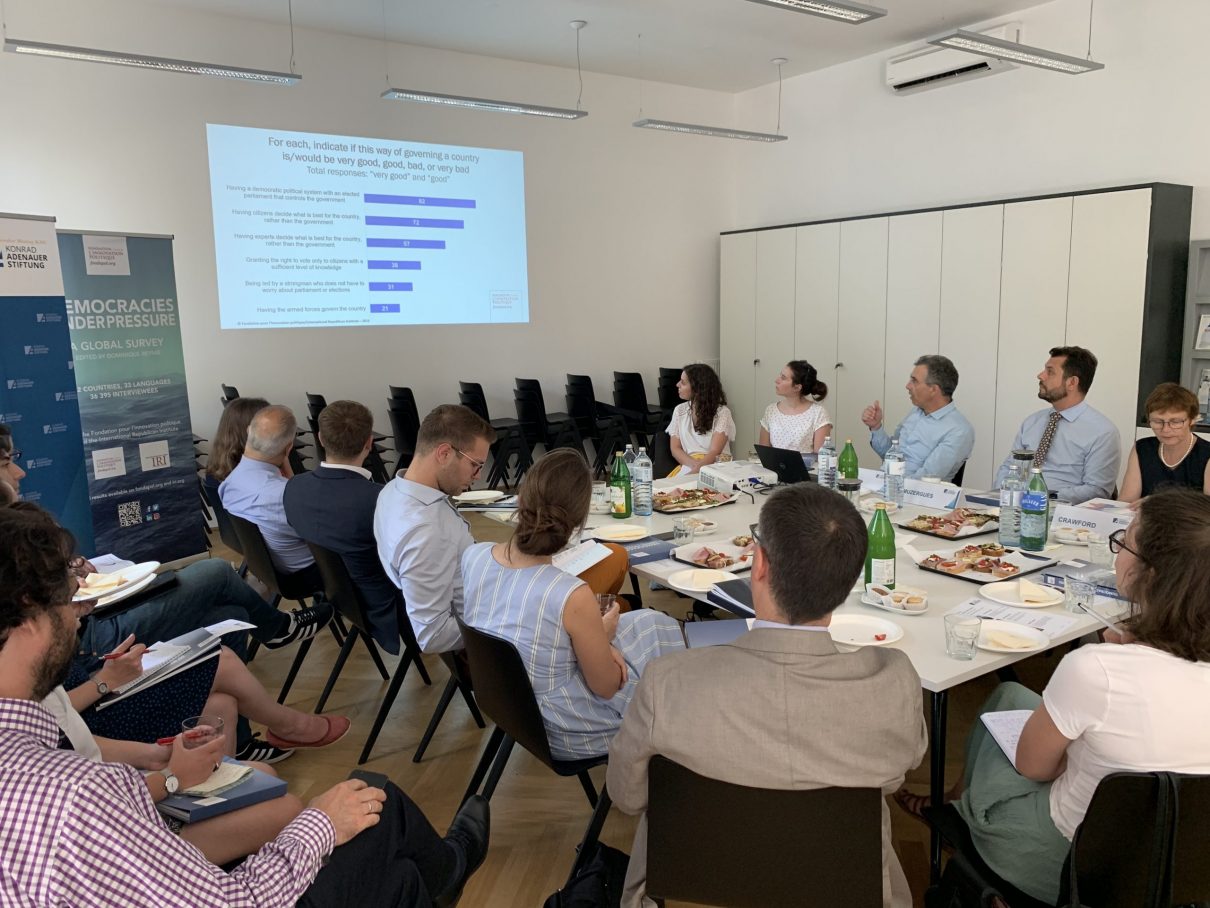